How to choose a healthy yogurt? 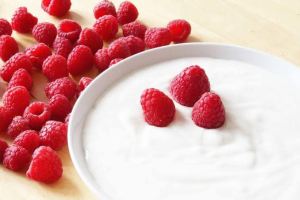 Many yogurt products contain things that you could do without, like added sweeteners. What should you look for in a healthy yogurt?

Tip 2 Opt for a high calcium and high protein option. Greek yogurts tend to be higher in protein, as they are strained which removes the liquid whey portion.

Tip 3 look for probiotic cultures. Some yogurts will provide a source of probiotics, which are the gut-friendly bacteria that support good digestive health.

Plain Greek-style yogurt is relatively high in protein because much of its excess water has been removed. This concentrates the yogurt. On the other extreme, nonfat or “light” yogurts have as little as 4 grams of protein per serving because they have higher water content by volume. You end up with fewer calories and less fat, but also less protein per serving.

Plain yogurt typically contains around 10–15 grams of carbs per cup (245 grams), but flavored or sweetened yogurts can easily contain more than 30 grams per serving.